(ANS – Hua Hin) – The delegates of Social Communications and Formation spent the 9th November together understanding The Digital Space. This annual meeting was interwoven significantly with a full-day joint meeting with the EAO Social Communications Commission under the theme: “Towards a Salesian proposal for Formation in a digital world: Educational Ethics and Pastoral Aesthetics.” The day commenced with a brief presentation of the 10 themes with contributions from the provinces of the EAO region by Fr Ambrose Pereira and Fr Andy Mendonza. After sharing and discussion in groups, the participants presented lines of action for the region that they plan to practice in their own provinces. Later in the afternoon each province discussed what practical steps they would take to roll out the points presented.

Fr Gildasio Mendes, Councillor General for Social Communications, and Fr Ivo Coelho, Councillor General for Formation, stressed a deepening of spirituality, a process of discernment and the need for building relationships, rather than drawing up a set of rules to be followed. “We need to constantly update ourselves about the digital media and understand it from a scientific angle”, said Fr Gildasio. “Formation in the digital world can only take place through a process of discernment”, he continued.

Formation, Policies and Guidelines were among the consistent proposals that emerged after the discussion in groups. Significant also was the fact that we need to engage the Digital Natives in creating a Social Media policy at the level of the institution and that of the province. Considering the above there needs to be personnel at different levels, who will enable Salesians, lay persons and youth be ethical and committed ‘Digital Citizens’ projecting a Gospel driven way of life as witnesses, influencers, evangelizers and proclaimers of the ‘Good News’.

Earlier, the Commission of CRF assembly had spent three days studying the orientation of AGC on Friendly Chat, Spiritual Accompaniment and Admission and listening to different reports from Fr. Ivo and his team regarding the developing stage of the revision of the Ratio, the urgent need of forming experts of Salesianity to give service to the Region and the whole Congregation, the courses of formation of formators held annually in Rome and of spiritual accompaniment held twice a year in Turin. Besides that, the Commission also evaluated the practice of the pastoral accompaniment done in each Province or Delegation and revisited the topics on Provincial Formation Directory, the Provincial Qualification Plan and the EAO Curatorium.

The members of the Social Communications sector looked at ways to engage with the different commissions, discussed current updates to update the Salesian System of Social Communication, reflected on their role as Delegates and the networking with the different commissions. Long term goals presented involved: Publishing Houses, the Salesian Bulletin and preparation for the Bicentenary Celebration of Don Bosco’s dream at the age of 9, to be celebrated in 2023 in Rome and Valdocco. In a moment of prayer, Fr Gildasio, together with the delegates gathered around the state of Mary in the Mary Help of Christians chapel. They prayed for their collaborators, confreres and young people after which they implored the protection, guidance and the help of our Blessed Mother.

The Formation commission members have committed themselves to complete and send its Provincial Qualification Plan to the Rector Major before the Feast of Don Bosco in 2023.

A moment of togetherness was the visit to the Hua Hin Safari Adventure Park. The participants enjoyed the elephant ride, tiger show, crocodile show, elephant show and snake show. They learnt a lesson or two of how wild and ferocious animals can be submissive and obedient to their trainers.

A farewell delicious supper and relaxed evening, beneath a full moon and a dazzling performance of choreographed dance by the students of the school brought the meeting to a fitting conclusion. On behalf of the entire group, Fr Gildasio thanked Fr. John Bosco Dheparat, the Provincial of the Thailand province for his kindness, generosity and ‘Salesian Heart’. He congratulated the Province of Thailand for the vision and foresight in reaching out to the young in a variety of ways.

The Social Communication and Formation participants return to their provinces filled with deep insights, gained from the discussions, reflections and sharing of each other. 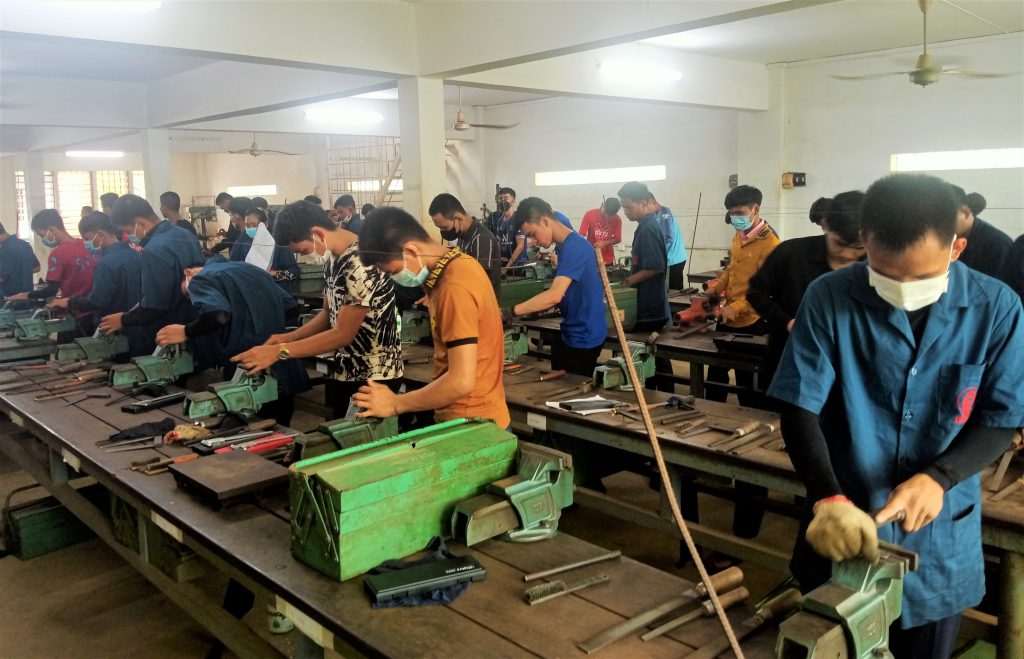