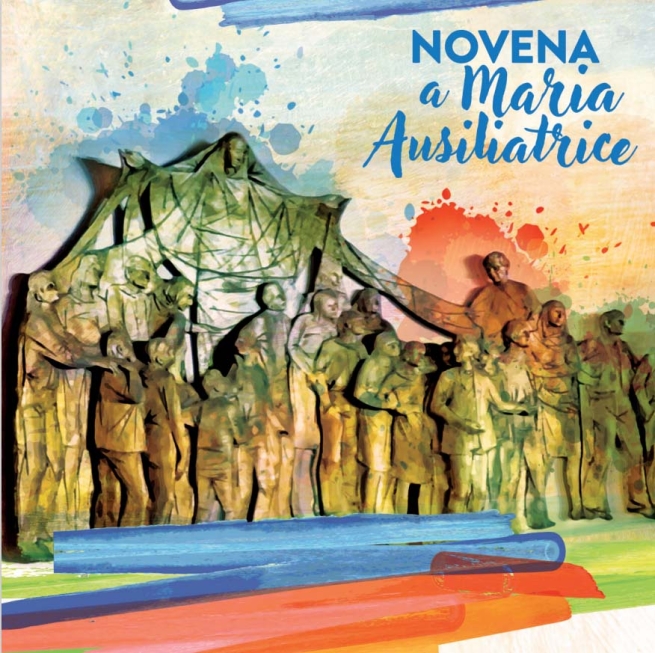 (ANS – Rome) – Just a dozen days remaining until the Feast Day of Mary Help of Christians, and just three until the beginning of the novena in her honor. Thus, while the entire Salesian world is preparing to live this feast so important for the heirs of Don Bosco – with the hope, this year, of being able to live it again in many parts of the world with popular in-person celebrations and festivities – the preparations for the World Novena promoted by the Salesian Headquarters for all members of the Salesian Family are also advancing at a rapid pace.

Indeed, the PDF booklet of the novena is now available to all, accessible in Italian, English, Spanish, French, and Portuguese both on the SDB.org website and on the new Telegram channel linked to the same site.

The booklets contain, for each of the nine days, the introduction to the theme referring to the Marian title of the day, the contemporary history written by Fr Bruno Ferrero, SDB, the commentary of the Rector Major, a testimony of a Salesian Cooperator in the world and, at the conclusion, the final prayer of invocation to Mary.

Starting tomorrow, Friday, May 13, the videos shall also begin to be accessible: the first will be the video in English, to allow the populations of the countries of Oceania and Asia to take full advantage of it, because of time zone differences. Then, from Saturday, May 14, one day ahead of the beginning of the novena (May 15-23), the first video of the novena in the other languages will also be made available, while the English version will continue to advance until the end of the novena, always one day ahead of the others.

In any case, all videos in all five languages will always be accessible on ANSChannel’s different language channels on YouTube and also on the new Telegram channel.