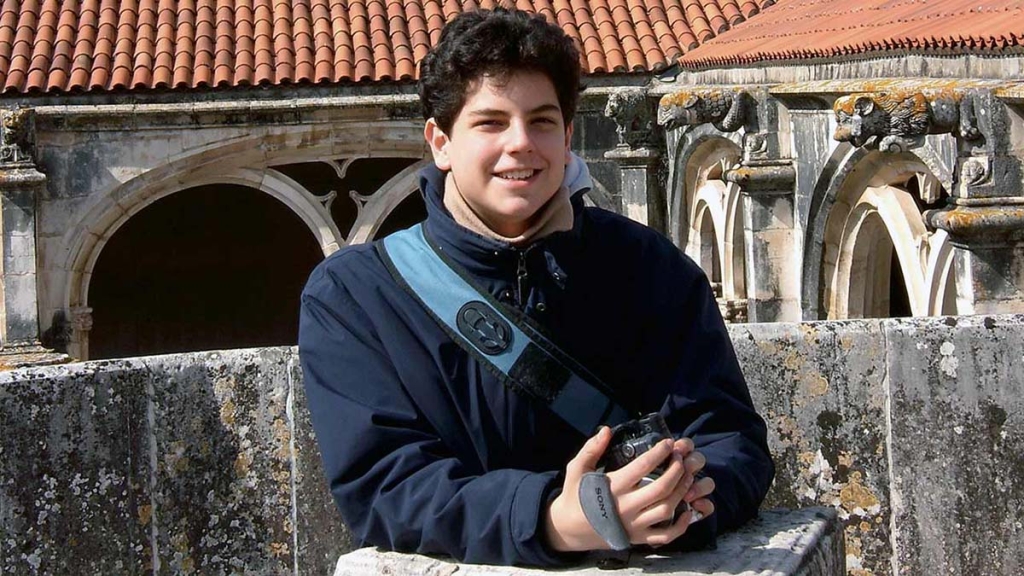 “All People are born as originals but many die as photocopies.” (Carlo Acutis)

Can a young person of the 21st century find a true model of Christian life among his peers? There is a young man, still alive in Paradise, who can teach us that “our Goal must be the Infinite, our Home, not the finite”, as he claimed, and how to get there without too much difficulty.

He is Blessed Carlo Acutis, born in London on 3 May 1991, but who then lived in Milan. In this city he grew up like a normal boy of his generation, in a family that taught him Christian values and attending Catholic schools. Already as a child he could see that there was something special about him: at the age of 7 he was admitted to First Communion and from the age of 12 he made commitments to attend daily Mass, to pray the rosary every day, which he described as ‘the shortest ladder to heaven’, to go to confession frequently and to go to Eucharistic Adoration.

However, his prayer commitments do not alienate him from the world, but rather make him an active young man, involved in the little things that a boy of his age can do (and perhaps even more). He studies and helps his friends, plays football and videogames, plays the saxophone and goes out with friends. In all these activities, he finds time to help the poor and needy, giving them clothes, food and his company. A caring and thoughtful boy in many ways.

Carlo was a great lover of technology, the internet… and at the same time of Eucharistic miracles. When he was only 14 years old, he created a website showing the many miracles present in the world, which still exists and is carried on together with his other projects (www.miracolieucaristici.org). In fact, he firmly believed in the use of these modern means of communication to evangelise and his love for the Eucharist spurred him on to work to make Jesus known to everyone. Another famous phrase of his is: “the Eucharist is my highway to heaven”. His obsession was to become a saint and speak to everyone about holiness.

He died on 12th October 2006 in the hospital in Monza, at the age of just 15, from fulminant lucemia, living the illness as a test to be offered to the Church and the Pope. He was beatified on 10 September 2020 in Assisi, the city he loved and visited so much, where he wanted to be buried and where he still rests, in the Spoliation Sanctuary in the church of Santa Maria Maggiore.

Carlo, carrying forward the slogan of personal originality, wanted to show us that every life can communicate Christ to others and that each person is called to do so in his or her own distinctive way. He understood that a great missionary effort is indispensable to proclaim the Gospel to all. His goal, in fact, was that of true missionaries: to reach as many people as possible to make them know the beauty and joy of friendship with the Lord, taking advantage of what the world can also offer.