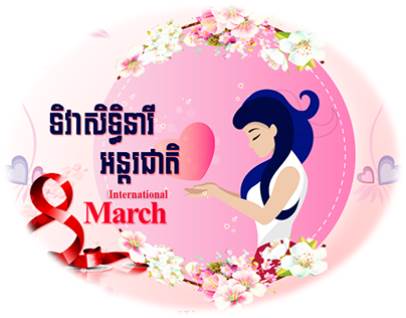 International Women’s Day is the story of an ordinary woman, a historian. It is rooted in the centuries-old struggle of women to participate in society on an equal footing with men. October 8 is Women’s Day, which currently leads groups in our world. This day is symbolic of the struggle for women’s rights against sexual discrimination and all inequalities between men and women. Prior to its international recognition to this day, there was a century-long struggle by activists to change the social mindset of the recognition of women’s rights.

The struggle for women’s rights until the International Day of March 8 is not a one-day event. It is the result of a series of decades-long protests by activists to this day. At the beginning of the 20th century, the living conditions of women around the world were very difficult. By the end of the 19th century, technology was advancing, especially in the United States and other industrialized nations. Millions of poor women and children are employed in private factories. Some factory owners are greedy, exploit, force them to work 12 to 16 hours a day and pay low wages. Most regardless of the health of the workers.

According to Chumnit, an associate of Kongri Vohar Hos, on March 8, the next year, the work of Samdech Banh and the director of Chicago and New York, associate members of the Board of Directors, will increase their working hours and increase their paychecks. As a result, the workers were oppressed, tied up and chased out of the factory. Despite suffering, the workers are still united and struggle again and again. This radical movement had a profound effect on women workers in Germany, a large industrial country at the time.

The action plan adopted at the time called for the elimination of all forms of discrimination against women and the establishment of effective procedures for the ratification of the Convention. In October 1975, the United Nations declared 1976-1985 a century for women. In 1980, the Second World Conference on Women was held in Copenhagen, Denmark.

At the end of 1985, at the end of the Women’s Decade, the third conference was held in Nairobi, Kenya to review and evaluate the achievements of the decade, and to adopt a progressive strategy for women’s growth in 2000. Most recently, on September 15, 1995, the United Nations organized the Fourth World Conference on Women in Beijing, People’s Republic of China.

The basic theme is “Equality, Progress and Peace”. There is also the birth of human rights.

However, today in Cambodia, there is national law, international law, such as the United Nations Universal Declaration on the Elimination of All Forms of Discrimination against Women and the Constitution, Chapter 3 That right, however, inequality between men and women, discrimination against women and sex, violations of women’s rights, violence in the family, but still a problem.