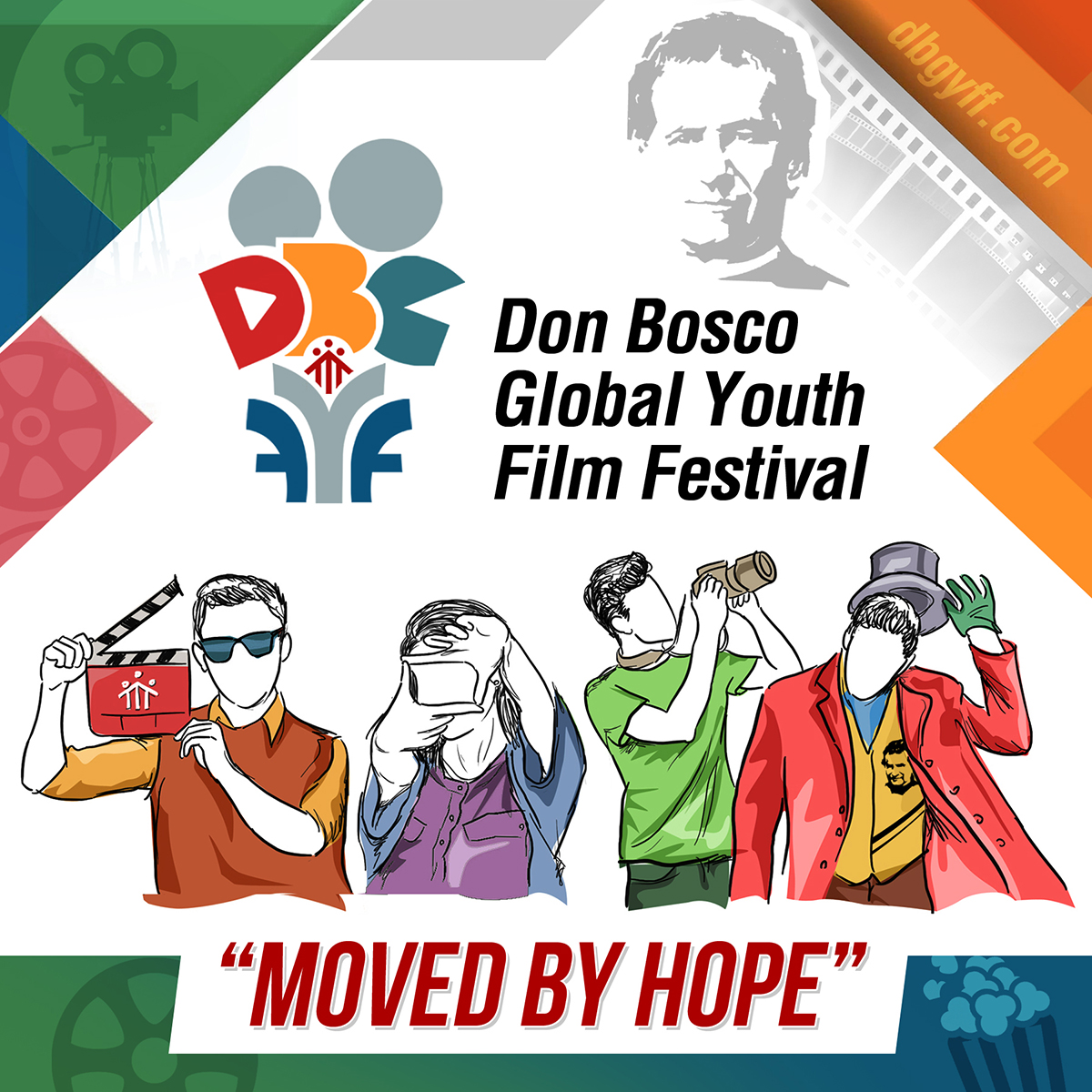 (ANS – Rome) – A worldwide Salesian film festival, a unique project, first of its kind to involve young people globally to create short films on the theme of hope, is indeed a great initiative that fosters youth leadership, creative engagement, artistic sharing and values. This “Don Bosco Global Youth Film Festival” (DBGYFF), is scheduled to take place on 18 and 19 November 2021, in hundreds of locations in 134 countries around the world, in all time zones.

It will be a true and proper “festival of films” for young people, by young people and with young people. Any youth under the age of 30 can engage and participate, regardless of their religion or their connection with the Salesian presences – although obviously, it is primarily for these young people the maximum possible participation is offered.

The idea of ​​a world festival capable of involving thousands and thousands of young people from all over the world comes directly from the Rector Major of the Salesians, Fr Ángel Fernández Artime, who had already started conceiving this idea in his previous term. He had felt it very meaningful and relevant for the young people, who during this pandemic were bogged down, and were in need to express their creative energy which could positively influence the whole world.

The festival, in fact, will have as its theme, the motto of the Strenna of the Rector Major for 2021, “Moved by Hope”, and includes three categories to which young people from all over the world can submit their works: short films, animated videos and musical videos.

To foster and encourage greater participation, the Dicastery for Social Communication has also provided very substantial prizes for the winners, totaling a sum of 100,000 euros. The winners will be decided based on the three categories, by a group of jury comprising of prominent figures from the world of cinema, youth icons, and authorities from the Salesian world.

Fr. Gildasio Mendes, the General Councilor for Social Communication affirmed, “It’s an initiative that fulfills very well the numerous objectives of the Program of our Department for this six-year period. It is a proposal of communication from an educational pastoral perspective, a way of being actively present in the digital world with a clear Salesian identity, announcing the Good News and the message of the Strenna 2021. Furthermore, it will promote educational and creative dialogue to evangelize young people in their digital habitat, promote the protagonism of young people in building a better world, and develop synergies between Salesians and young people both locally and globally.”

It is infact an interesting initiative, as it will involve the same young people from our Salesian institutions to be “ambassadors of hope”, accompanying them to promote the festival with their friends and peers and thus contribute to sharing the message of hope, this film festival wants to offer.

The DBGYFF Festival director, Fr. Harris Pakkam stated “DBGYFF is truly the first of its kind and a world-class film fiesta offered to young filmmakers to express their talents and contribute to the common good.” He moreover affirmed, “we want to offer them an attractive meeting point, to ensure that young minds are educated, entertained and empowered to understand and contribute to the world and help them live well. The Youth can ‘set the world on fire with hope’ with a spark that they themselves can instill, develop, defend and promote in this Post-pandemic context.”

This festival is an international venture and the role of the web platform https://www.dbgyff.com is central and available in five languages ​​(English, Italian, Spanish, French and Portuguese), with all the necessary information and resources one may need. The contestant or sender can upload the video, monitor the progress, check the activities of the various juries, and at the end also view all the videos that have been shortlisted for the screening of the festival.

DBGYFF, aims to become an annual feature and intends to be a film festival of global significance and a media event reaching out to a maximum audience. All those who wish to participate in DBGYFF can upload their work between 24 July and 30 September, 2021.