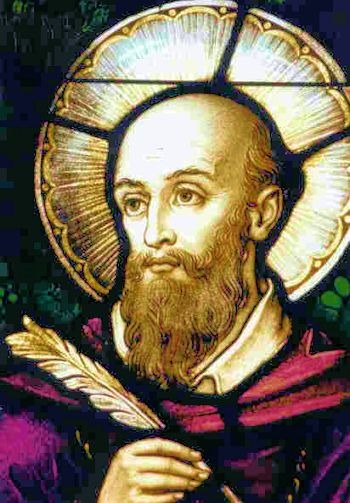 The Rector Major chose a sentence by Saint Francis of Sales for the Strenna 2022: “Do all through love, nothing through constraint”. A sentence that resumes the deep spirituality of the Bishop of Geneva and that inspired the work foundation of Saint John Bosco​ and the development of the missions of the Salesian Family around the world.

But surely, Saint Francis of Sales could be unknown, even for some groups associated to Don Bosco. In Cambodia, most educative and pastoral centers are called “Don Bosco schools” contrary to other countries where they are referred as “Salesian schools.” That is not a problem itself, because the name of Don Bosco is completely legitim, but it is our duty to make visible the figure of Saint Francis of Sales, the patron of the Salesian Family and the saint that takes a big place in the apostolate and foundations of Don Bosco, not only in the terrains of education, but also in the formation of the Salesian spirit.

This year the Salesian Family commemorates the 400th anniversary of the dead of Francis of Sales and it is a great opportunity for all of us to reflect in the meaning of his life and in his legacy that has played a great role and influence in the Catholic Church, the Catholic social communication, in ecumenism and in the foundation of the Salesian Family that brings the surname of Francis as a mark of identity. To celebrate, this year 2022 we will see the proliferation of many publications, media and celebrations around the figure of Francis. One is the edition of André Ravier (you can find the digital publication in this link.)

The life of Saint Francis of Sales (in French it is François de Sales) can be divided in three parts: First his first years, family and formation; second his conversion and priesthood and third he becomes a bishop, author and founder.

Françoise Bonaventura was born two months premature on 21st August 1567 in the Castle of Sales in what is today the Thorens-Glières, Haute-Savoie, France, by then in the extinct state of the Duchy of Savoy. He was born inside a noble family: His father was François, Lord of Sales and Boisy. His mother was Françoise de Sionnaz, daughter of magistrate, Melchior de Sionnaz, Seigneur de Vallières, de la Thuile, and de Boisy. He was the first of six sons and, of course, his father wanted the best education for them and to have in Francis a prominent magistrate.

In order to do that, Francis would go through a dedicated and well chosen atmosphere of education to become a nobleman of great preparation. As a boy he began studies at the nearby town of La Roche-sur-Foron; at 8 years old he was in a school of the Capuchins in Annecy; then we find Francis at the Clermont College in 1578 that was a Jesuit institution at the time, studying at 11 years old rhetoric and humanities. Then he moved to Paris with three cousins, his servant and a priest tutor, Fr. Abbé Déage and took lessons to become the perfect gentleman of the epoque such as riding, dancing and fencing.

But God had other plans for the stylized gentle young noble. Everything started with a theological discussion about predestination – the doctrine that concludes that all events have been willed by God, usually with reference to the eventual fate of the individual soul – that made him to believe in his own damnation to hell. It made him to enter in an existential crisis that lasted all December 1586 and he even became ill. By early January 1587 he went to the Saint Étienne-des-Grès parish where he prayed the Memorare (“Remember, O Most Gracious Virgin Mary”) in front to the image of the dark Madonna Our Lady of Good Deliverance and made his vow of chastity to become a tertiary of the Minim Order of Saint Francis of Assisi.

His conflict with predestination to damnation was resolved with the idea of God is love as it is described in the first epistle of John and this idea would influence the rest of his life and his teaching to design what is called the Way of Divine Love or the Devout Life (see his book “Introduction to the Devout Life (PDF).”)

In the years to come he would finish studies at the Clermont College and went to study law and theology at the University of Padua in Italy with his 12 years old brother Gallois to get the doctorate in 1592, then he decided to become a priest. Back in his home town in Savoy and holding the noble title of Seigneur de Villroget, he was admitted as lawyer by the Senate of Chambéry. His father tried to look a wife for him from a noble family, but he refused. His father was not too much happy of his decision to become a priest, but his cousin Louis de Sales convinced the Bishop of Geneva, Claude de Granier, to offer the position of provost at the Cathedral Chapter of Geneva that was in the patronage of the Pope. As it was a standing position, the father of Francis accepted and the noble young man was ordained as a priest, giving up his title and right of succession in favor of his brother Louis.

But the Cathedral of the Bishop of Geneva was not in Geneva due to the Calvinists. The bishops’ residence was in Annecy, a town 32 kilometers at the south of Geneva. It was the time when Francis began to show his talent as a preacher with a deep voice, rich in tone, slow, measured, rather short and easy to understand. He was also the grand penitentiary of the dioceses, so he got many confessions.

In 1594 Francis was sent as a missionary to Chamblais and it was the beginning of a very difficult time, where Francis showed his commitment and his ways to approach others, even if they hold him as an enemy. It was the time of a great confrontation between the Calvinists and the Catholics, with big shows of violence and hatred. Francis became also a target of percussion, but his insistence in being near to the people, his charity (donating money to the poor) and his pamphlets (they would be collected to make the Catholic Controversy), became small successes and attracted the attention of many people in France and Europe, Catholics and Protestants. The king of France, Henry IV, after hearing one of his sermons at the Royal Chapel, said about him: “A rare bird, this Monsieur de Genève, he is devout and also learned; and not only devout and learned but at the same time a gentleman. A very rare combination.”

In 1602, after the dead of Bishop Granier, Francis was consecrated Bishop of Geneva and resided in Annecy. The Order of Friars Minor Capuchin worked closely with Bishop Francis of Sales in a dioceses that became famous at the time for its organization. Francis was so close to the capuchins that they made him official associated of the order in 1617, the highest position for a non-member. It is said that Saint Francis of Assisi appears to Sales at the south of Lake Geneva and said to him: “You desire martyrdom, just as I once longed for it. But, like me, you will not obtain it. You will have to become an instrument of your own martyrdom.” (Marion A. Habig, 1979). It was also the time where he start to be known for his preaching, ascetic life and books like the Introduction to the Devout Life, the Treatise on the Love of God and the letters to Jane Frances de Chantal, Letters of Spiritual Direction.

The spiritual direction with Saint Jane Frances de Chantal (1572-1641), also a noble woman (Baronne), would give life to another perennial legate of Saint Francis of Sales: The foundation of the religious Order of the Visitation of Holy Mary, known also as the Salesa sisters in Annecy on 6th June 1610. He founded also a male community known as the Oratory of Saint Philip Neri at Thonon-les-Bains, but this order closed after his dead that was on 28th December 1622, next December 2022 will be 400 years ago.

As he died in Lyon, where he went to attend the entourage of Charles Emmanuel I, Duque of Savoy, the people of Lyon wanted to keep his body in that city. As a solution, his heart was kept in Lyon and his body was buried at the Monastery of the Visitation in Annecy, near the burial site of Chantal. During the French Revolution, the Visitation sisters saved the heart of Francis carrying it from Lyon to Venice. In 1661 Pope Alexander II beatified the Bishop of Geneva and was declared saint four years after. Then Pope Pious IX, the pope friend of Don Bosco, declared Francis of Sales as Doctor of the Church in 1877. In 1923 Pope Pious XI proclaimed him the Patron of the Catholic writers and journalists and today we have the social communication day on 24th January, during the solemnity of Saint Francis of Sales. 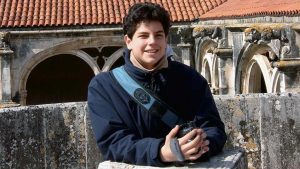 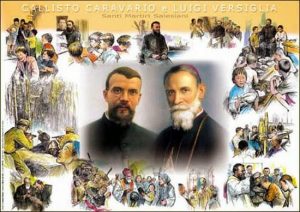 Get to know the first Salesian Holy Martyrs!