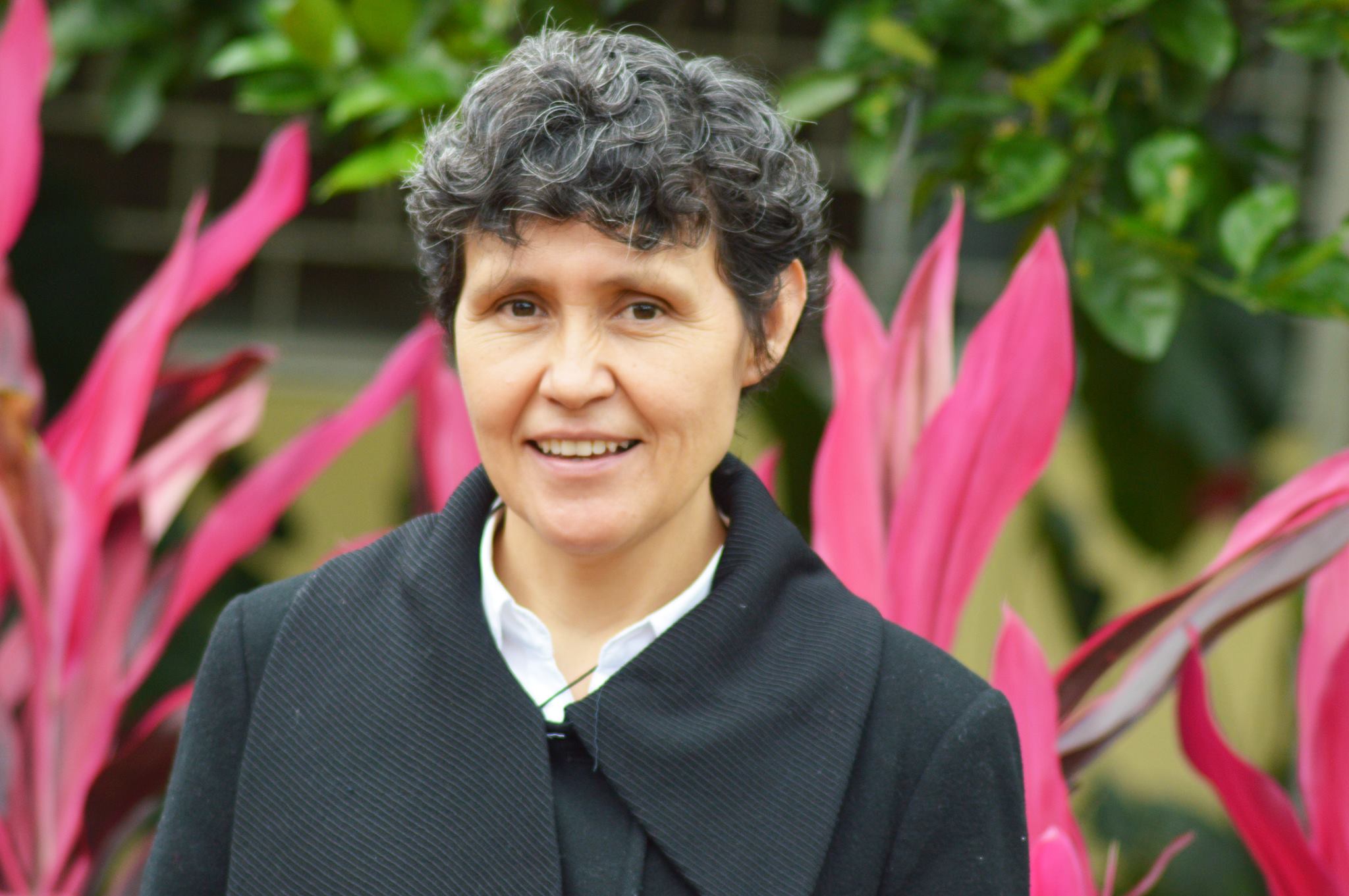 "The Lord gave us a very beautiful charism that consists in that in the midst of so many difficult situations, we make ourselves present in the promotion of life, goodness and in that each one discovers the best of themselves to share with everyone and build a world best in the experience of God's mercy - Mother Juana Ángeles.

On August 31, 2021, the Carmelites of the Sacred Heart announced the election of the new General Animator of their Congregation at its XVI General Chapter in the city of Guadalajara. It was about Sister Juana Ángeles de la Cruz Zárate Celedón. Although she is technically a Superior General according to the canons of the Catholic Church, the sisters use the term “Animator General”, thereby implying a dynamic sense of her charism in today’s world. Mother Juana Ángeles had already been superior of her Congregation between 2009 and 2015.

Mother Juana Ángeles was born in central Mexico, in the city of Celaya in the state of Guanajuato. Although she was born in the city, her family dedicated themselves to farm work and that is how she grew up with her 9 siblings, among whom she is the youngest. Two siblings passed away in infancy. Her parents of her Catholic roots were catechists. To continue her studies, Juana Ángeles traveled to the city of Celaya in her youth to study biochemical engineering at the Technological Institute. But it was there that she began to know the plans that God had prepared for her.

Invited to participate by a fellow student at a missionary congress, she was struck by the images of missions in other latitudes of the Earth: “I felt that the Lord was showing me broader horizons,” says the nun. Touched by her vocational concern, she knocks on the doors of the youth group in her parish and joins pastoral activities in different parts of her diocese, with young people from different cultures, she remembers.

In one of these centers the Carmelites of the Sacred Heart were present, founded by the venerable Mother Luisita in Atotonilco el Alto Jalisco in 1904. It was one of her friends who had been interested in following a vocational process with the sisters and Juana Ángeles accompanied her to the apostolic experiences that soon also caught her interest, which led her to ask to join the Congregation in 1987.

Mother Juana Ángeles did theological studies at the Intercontinental University (UIC) in Mexico City and upon completion she was assigned to Peru where she continued her academic and spiritual formation with various specialization courses at the Pontifical University of Lima. Her time in Peruvian territory saw her as an educator, trainer and spiritual director at the service of the communities and the local Church, before traveling to Spain to complete a Diploma in Mysticism and Human Development in Ávila, Spain.

But for Mother Juana Ángeles, the University of Life is her main Alma Mater and in her highlights her spiritual formation and social and human development in which “I have been accompanying groups in their searches, I have been a trainer, spiritual companion, teacher of theology and spiritual life ”.

Challenges of a Chapter in the midst of a pandemic

The XVI General Chapter of the Carmelites of the Sacred Heart was held under strict biosafety measures in the city of Guadalajara where the sisters have their General House and with sisters representing the different sectors that are spread in ten countries in three regions of the world. Two of the sisters could not travel due to restrictions due to the pandemic, one of them in Chile and the other in Cambodia, but they actively participated through digital platforms and with the sacrifices of the time difference, although they did not have the right to vote according to the regulations.

The Mother General explains what were the challenges of the Carmelites of Mother Luisita outlined in the Chapter and that they will be the keys to pastoral and organizational action for the next six-year term.

The first challenge is to share the charism of the Carmelites with other religious and laity and, as the new superior says: “To vocationalize our life as consecrated women”. This also has to do with deepening the charismatic mission with all those who are interested in knowing and following the Carmelite vocation in the style of Mother Luisita and the invitation is also made to diocesan priests, laity and anyone who wants to meet this dimension of the charismatic family.

Another challenge is to organize the Congregation to open up to the experience of pastoral networks. The Carmelites, which are 284 sisters, are organized in two provinces which have headquarters in Mexico and each province has a delegation: Province of San Juan de la Cruz has the delegation of Peru and Bolivia, Province of San José has the delegation of Colombia and Ecuador and the General House is directly in charge of the presence in Southeast Asia (Philippines and Cambodia).

On the other hand, the sisters have the pastoral education, health, parishes, mission ad gentes and spirituality, in addition to other experiences such as home for the elderly and assistance to street children. All these sectors are present in all regions of the world where they are found.

Lastly, the Carmelites are committed to the mission for the family and for the young. They want to be present with their charisma in moments of mourning, especially in those parts of the world where societies suffer the scourge of violence and corruption, organized crime and migration. For example, in Latin America the problem of refugees and displaced people is especially felt. Despite the fact that the sisters are less and less, a global situation that all religious congregations feel, they want to meet these realities with their spirituality and dedication.

The Carmelites of the Sacred Heart are today in ten countries of the world: In South America they are in Venezuela, a country where the situation of permanence has been difficult, but to which they remain faithful in their accompaniment of Venezuelans. Also in Colombia where they have had some experiences with the Salesians of Don Bosco such as with the late Father Javier de Nicoló (he died in 2016), an apostle of street children and with whom the sisters rendered a great service and also in the Salesian Theology Centre of Bogotá; in Ecuador, Peru, Bolivia and Chile. In North America they are of course found in Mexico and the United States of America. And finally, they have two presences in Southeast Asia: in Davao, Philippines and in the city of Kep, Kingdom of Cambodia, in Inter-congregational apostolate with the Salesians of Don Bosco Kep.

Why become a Carmelite of the Sacred Heart today

The worldwide trend among Catholic religious congregations has been a decline in the number of young people who are less and less attracted to a radical following of Christ as religious. This does not stop the charismatic fire of sisters like the Carmelites of the Sacred Heart, who continue to invite young people to join Christ.

In this regard, Mother Juan Ángeles says:

“The Lord gave us a very beautiful charism that consists in the fact that in the midst of so many difficult situations, we make ourselves present in the promotion of life, goodness and in each one discovering the best of themselves to share with everyone and build a world best in the experience of God’s mercy. In the midst of so many difficulties for today’s young people, especially those who are so attacked in their dignity, in the concrete search for their dreams, our charism makes present the defense of life and that everyone discover what they have to share to the world, not only within the Catholic religion, but to share with others and build a world that lives the mercy that we all need and that we are able to build networks and bridges to experience the mercy of God, who always gives us a life , a life to be able to build it together. If you feel called to this, whether you are a man or a woman, this is your charism ”.

Mother Juana Ángeles was elected Superior General of the Carmelites of the Sacred Heart on August 31 and on September 24, a month later, the Conference of Major Superiors of Religious of Mexico (CIRM) confirmed her as president of a Catholic body that represents to more than 800 religious congregations on Mexican soil with 23,000 sisters and 2,000 brothers and priests, all linked to a great diversity of charisms and in different sectors of pastoral and missionary animation in the country. Inspired by the call of Pope Francis to go out to the peripheries, “that are full of loneliness and wounds “

Mother Juana Ángeles as president of CIRM and in union with 14 other religious superiors of the board of directors, have the task of animating religious life in Mexico in union with the Latin American Confederation of Religious (CLAR), the International Union of Superiors. Generals (UISG) and the International Union of Superiors (UIS), the latter two based in Rome. The animation in the CIRM of religious life includes programs of formation, mission, spirituality and the promotion of networks of pastoral and missionary work in Mexico and Latin America for the prevention of human trafficking and similar problems, the network of education, health, justice, peace and integrity of Creation. 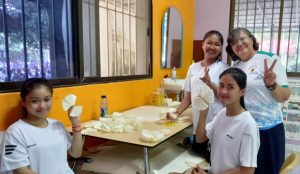 Thanks to Sr. Juanita for the first aid training

April 1, 2022
What does the title Mary, Help of Christians mean, and where does it come from?

What does the title Mary, Help of Christians mean, and where does it come from?